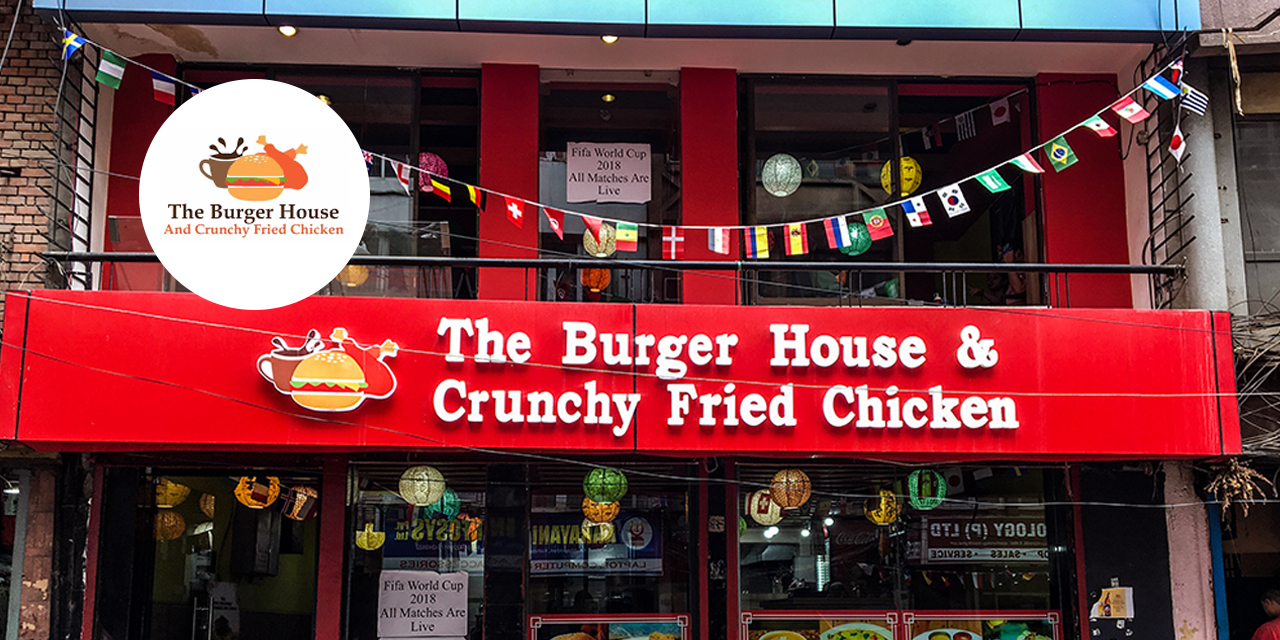 Almost everyone in the country now have either visited or heard about the new eatery and fast food restaurant known as The Burger House and Crunchy Fried Chicken. Simply, it’s a popular fast food chain restaurant specializing in Fried-Chicken and burgers served alongside other drinks and dishes. Also, it’s very well-known today for its high quality foods and uniform tastes across all its outlets. Wondering why it’s so popular? Stick till the end to learn about the success story behind the “The Burger House and Crunchy fried Chicken”.

Mr. Basanta Lama, its co-founder worked as a cook in Dubai and in other restaurants before starting his own. There he learned about the service industry and the proper methods to deal with customers and suppliers. From the beginning, he believed that Burgers would become the next big thing after MO: MO’s and wanted to serve it himself. Likewise, he also learned to make Fried Chicken from his friend who worked at a high-end restaurant in the capital.

Now, he started researching foods from other restaurants to analyze and develop his own recipes. In the process, he discovered that the prices are high and can cost up to Rs.300 for a single burger. Believing that he could make a better product at cheaper price, he set out to start his own restaurant. He would later go on to start “The Burger House and Crunchy Fried Chicken” that we know and love today.

One of the most challenging and most important aspect of starting your own restaurant is finding a decent store location. Here, it’s ideal to open a restaurant at a place that is easy to navigate and has good people’s movement. On the contrary, Mr. Basanta Lama choose to rent out a go-down at Shankamul for his first branch. Nonetheless, they were able to change the go-down into a spacious and ambient place form their creativeness.

Similar to other startups, the initial days we’re the hardest for Mr. Basanta Lama and his team. Despite providing decent meals at reasonable prices, the sales were quite lower than expected. Their initial plans of capitalizing on the foot traffic from students and shoppers also didn’t worked as expected. Similarly, the tough competition from already established brands were also a concern for the team. Additionally, they started providing free home delivery and discounts to their customers to alleviate the sales.
However, the revenues were not still up to the mark. Over the course of four months, Mr. Basanta Lama and his partners were well over their estimated 60 lakhs budget. And, they also had to pay their staffs from their own pockets. But, the customers finally understood the value proposition from the Burger House and CFC with sales rising once again. Now, the customers have realized that their foods were better while also costing considerably cheaper than others. Also, customers had to return back sometimes due to the lack of space. So, Mr. Basanta Lama had started his expansion across major hub-spots like Baneshowr, Thamel and others.

Today, the Burger House and CFC is one of the leading fast food restaurants in the country with over 80 outlets. Similarly, their annual turnover is estimated over Nrs.100 crores, huge compared to their initial investments. Likewise, their number of employees exploded so they are looking to expand their central kitchen at Bouddha. This will simply the process and it will also play an important role for the uniformity of the products across all branches. Recently, they also opened their outlet at Patan as well. So, feel free to try them and judge for yourself.